The Importance of your Vote 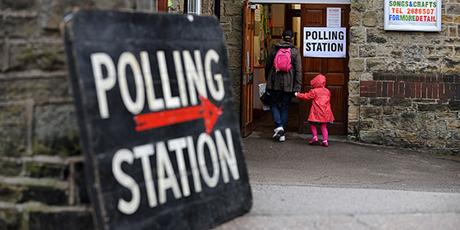 6 Reasons Why Your Vote is Important

Unless you have been residing on another planet you will be aware that the General election is imminent, on Thursday 12th December to be precise. Whether you are an avid follower of politics or not you can’t turn on a device without reading, seeing or hearing about it.

Going into this election the facts showed that young people (aged 18-29) are less likely to vote than the older generations. https://www.bbc.co.uk/news/uk-politics-42747342. It’s time that this changed.

In this article, we will discuss the importance of your vote in this and every election.

In the 2017 general election, there were 14.5 million non-voters. Everyone had their own reason not to vote, whatever that was. Imagine what a difference it could make if in 2019 all of these people voted? Don’t ever think that your vote doesn’t make a difference, it truly does.

Well, you can but should you? Voting gives you the opportunity to have your say by electing people that will implement policies that you believe in. If you don’t exercise your right to vote you can’t really complain about the policies that get passed. See point number one, your vote really does count. Which leads us nicely into point number three.

This may be true. It is unlikely that the Green Party will ever win the General election and Jonathan Bartley and Sian Berry take up residence in number 10. However, if you are concerned for the future of our planet and the Green Party policies align with your own then vote that way. By gaining seats it shows the bigger political parties where the countries true interests lie. This will encourage them to implement change in their policies to reflect this in order to win your vote next time. Never think your vote is wasted.

Do you really want the politics of the country decided by older generations who may be out of touch with what matters to you and your future? In 2017 71% of over 65’s voted while only 54% of 18-24-year-olds did. It is only natural that views of what is important don’t align, the world is a different place and in order to bring it in line with future generations views, young people need to get out and vote.

A controversial area that divides young and older voters is the environment and the attitude towards climate change. We have witnessed the global movement started by teen Greta Thunberg in order to get climate change at the forefront of politicians minds. Your vote is a way of getting politicians to take notice, their policies will reflect what they know you want, securing your votes is where their future lies so voting on environment issues will ensure more attention is paid to this critical issue.

In this election, in particular, it is more important than ever that young voters use their vote as the outcome will be a deciding factor on Brexit, again something that will affect younger generations for years to come. Whether you are a remainer or a brexiter it is imperative that you have a say in yours and your children’s future.

Finally, if you are utterly disenchanted with the whole thing rather than staying home and abstaining from voting you can spoil your paper. This way you are not just a statistic, you are actively showing that you don’t agree with any of the options being put to you for your future.  If a number of spoilt papers appear at election time the political parties will be forced to take it on board and attempt to reconnect with their lost voters.

We can’t tell you who to vote for. Of course, this is down to personal choice, however we can tell you how important it is that you get out and have your say in this and future elections. Get your voice heard, this is a democracy after all.

Land your dream job with features including:

Connect with the very best candidates with features including: